In DUST five fascinating human-sized puppets, a luminescent opera soprano, and a shadowy figure tell the tale of a world gone horribly wrong. A dramatically rendered, contemporary song-cycle imagines what little hope is left after an unavoidable global climate-catastrophe have struck in this sensual and moving puppet-dystopia.

DUST is a new music drama that blends adult puppetry design, performance and on stage opera singing; a fantasy that invites the audiences into a possible future where civilization and human kind have succumbed to it ́s own greed and desire. A play that questions and searches for what hope for a new beginning, are left when the lurking environmental catastrophe of the world we live in has happened.

In this dark world two characters – The Moon (represented by the female singer) and The Shadow (represented by the male puppeteer) – play a game with puppet characters as a final tool of remembering and reuniting. In a clinging dependence they have witnessed all the atrocities of a mankind flying the final catastrophe.

We meet The Soldier, clinging on to a already lost war; the blind Mother, searching for her scared mutated Boy; the Prostitute rising out of the dust to tell of the atrocities committed against her; and finally The Junkman, a crazy capitalist, eating dirt, dust, himself, whatever it takes to continue growth.

The puppets are exceptional life-sized silicone puppets with realistic skin and faces. They are the result of many years of exclusivly development to bring the world of puppetry into the minds of a modern adult audiences. Naturalistic puppets with opera, which is a cross of genres that approaches both audiences in areas of performance, puppetry and opera.

The play premiered in Helsinore, Denmark 10-03-16 and received a great deal of success. Since it has toured Norway, Sweden, Iceland, Greece, Japan, all over Denmark includinga 2 week run at The Royal Playhouse in Copenhagen. Audiences and critics – young and old, in print or online – have been amazed and overwhelmed by the mix of genres and the dystopian love theme and the poetry and daring pathos of the play. The dystopian theme is the fantasy, that makes us sit back and think about, what we as mankin do right now. Here it is wrapped in poetic style and aestethics, and brought through by music and singing.

DUST is created with the belief that art can play an active role in changing the minds of an audience and the faith of a planet. We don ́t preach moral or political environmental speeches, but have chosen to use the poetic stage art forms – and that is exactly, what gives the poetry and pathos of DUST a political edge.

The play has a maximum of 150 audiences and lately played at The Royal Playhouse in Copenhagen as a guest performance.

STØV (DUST) 2016 was awarded by The Danish Arts Coucil 2016 SFFW with a prize for the extraordinary hybrid new music theater play and the show was also nominated for the special prize at the official Danish Theater Awards which is extraordinary for a puppetry play for adults in Denmark. STØV has since its premiere played international Festivals in Denmark (Puppetry Festival of Wonder – a critic was convinced it was the best performance 2017 ), Japan Iida City Puppet Festa 2017, Oslo Norway Musictheater

Copenhagen, which was mentioned by a swedish critic from the city of Malmø as a most necessary and important show. 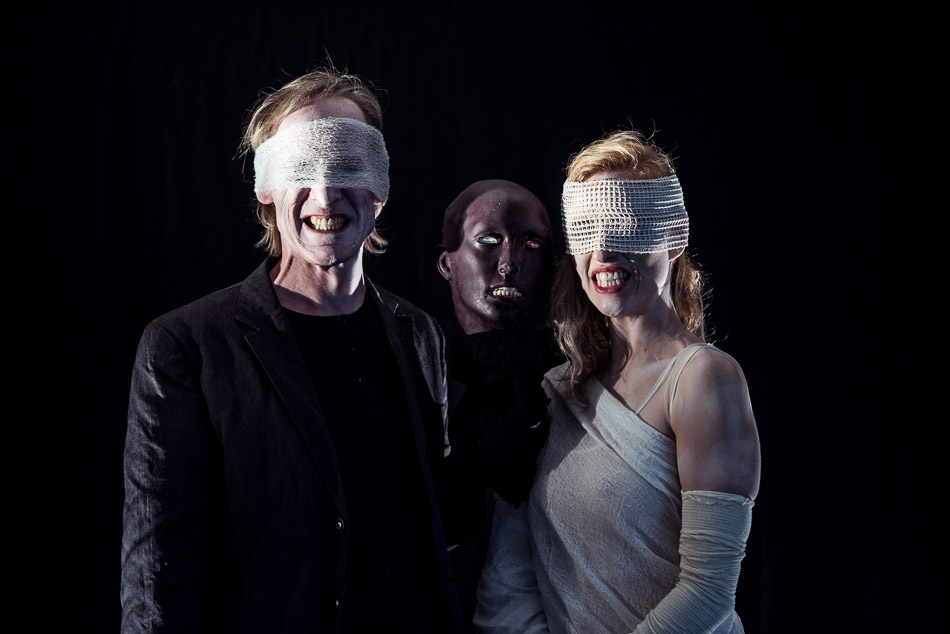 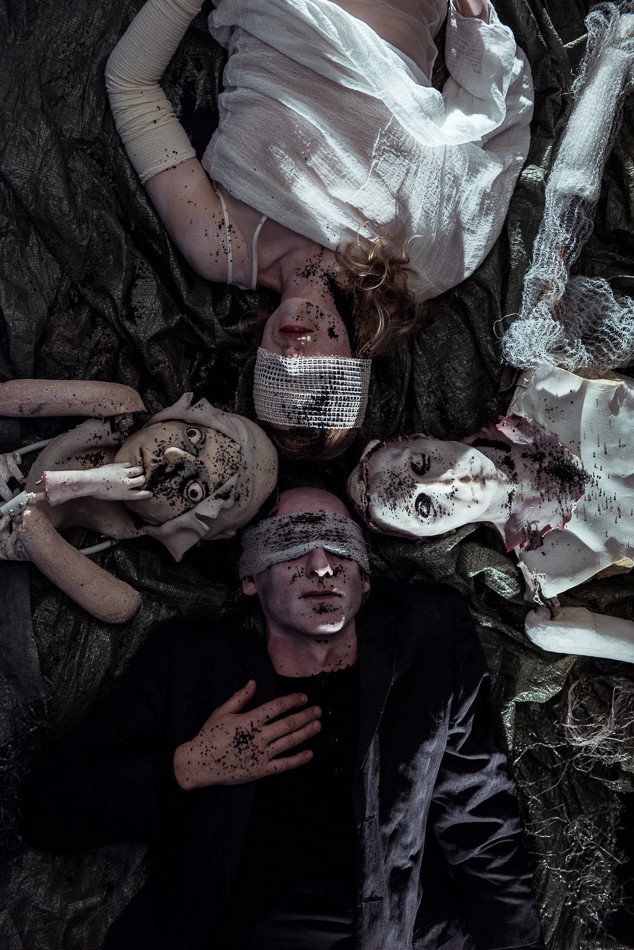 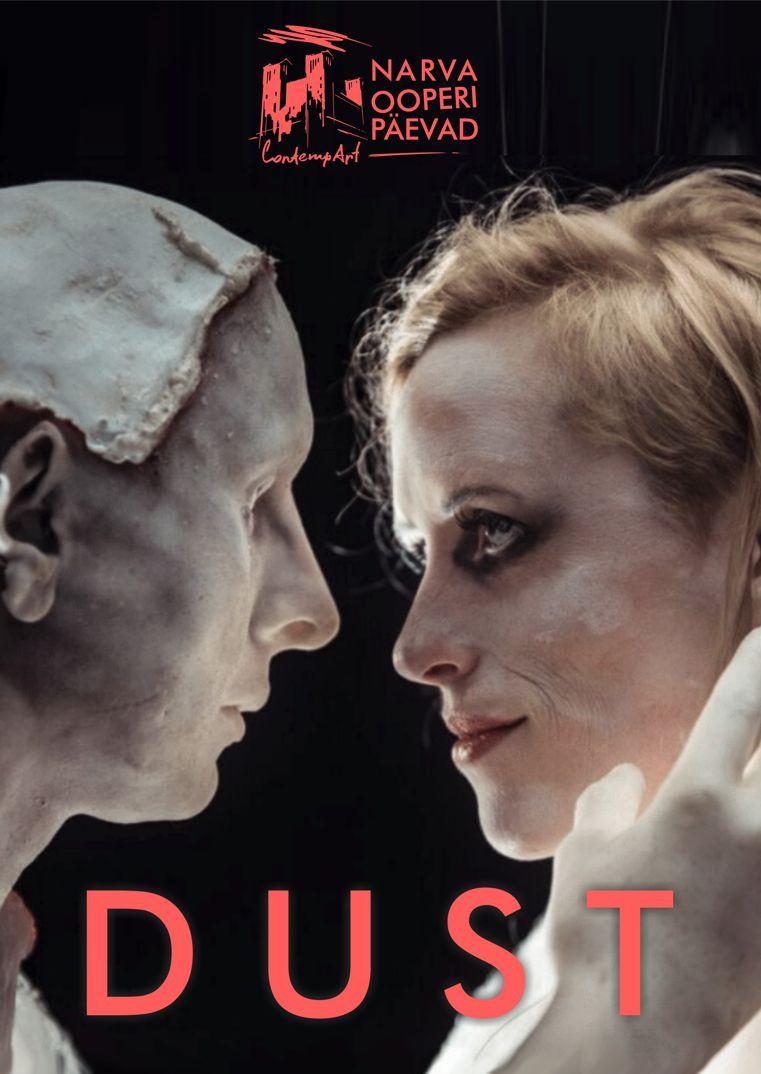 Me ei ole hetkel sees, aga kirjutage meile. Vastame Teile esimesel võimalusel.
We're not around right now. But you can send us an email and we'll get back to you, asap.